Why we need
the navy

The State of the
Royal Navy Today

The Royal Navy – quietly getting on with the job

In spite of frequent claims that the Royal Navy is “barely able to defend its own waters”, two of its escorts are shadowing the largest group of Russian warships to pass near to the UK since the end of the Cold War. Russian carrier Admiral Kuznetsov sailed from the Northern Fleet base of Severomorsk on Saturday accompanied by seven other surface ships and probably at least one submarine.

Why your CVF should not moonlight as your LPH

In part 1 of this article we argued that HMS Ocean (LPH) should be retained and then replaced. If this does not happen the official plan is for the RN to operate the Queen Elizabeth class (QEC) aircraft carriers (CVF) in the LPH role. Here we look at how this might work in practice and why this solution is flawed. 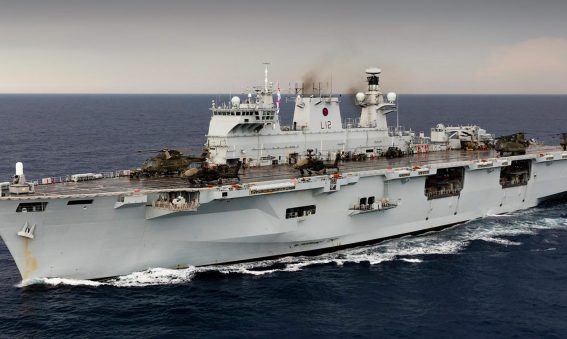 Under current plans the RN’s sole helicopter assault ship HMS Ocean, will decommission on 31st March 2018. There will then be a gap in capability for some years but the official plan is for the new Queen Elizabeth class to eventually double as both strike carriers and assault ships. Although this concept is not without precident, in the current circumstances it is fraught with problems, limitations and dangers. Many inside and outside the RN strongly believe the best solution would be to retain HMS Ocean, at least in reserve and then build an affordable replacement vessel.

75 Conservative MPs have now signed a letter to the Prime Minster urging that a commission is established to look into building a new Royal Yacht. This is the revival of a proposal originally made by Michael Gove in 2012. No design for such a ship exists as yet, but it is intended as a statement of British confidence in a post-Brexit world and as a platform for diplomacy and trade deals. Here we examine if this is a wise idea.

Reports of the death of the Royal Navy are greatly exaggerated

Nowhere on the internet have the problems of the Royal Navy been more consistently examined than on this website and there are many serious concerns about the state of the Navy today. Unfortunately lost in a wave of negative and half-accurate media stories is the truth that even now, the RN is still delivering for the UK. The RN is under-funded and under-sized, especially when judged by the standards of its illustrious past and today’s growing threats. Judged by the standards of most of European and many world navies, it is still a potent force and is consistently meeting the specific operational tasks it is given by government.

How OPVs could be important to the future of the RN

In this article by John Dunbar who suggests a much greater role could be played by offshore patrol vessels in a future Royal Navy force structure. The role of OPVs in the RN has been a long-standing source of controversy, with many seeing the construction of 5 new OPVs as an unnecessary diversion of money and manpower merely to sustain UK shipbuilding. Concerns also persist about the creation of a two-tier Navy with ‘up-gunned’ OPVs cast in the role of faux frigates lacking genuine fighting capability. This has sometimes precluded full consideration of OPV’s potential.